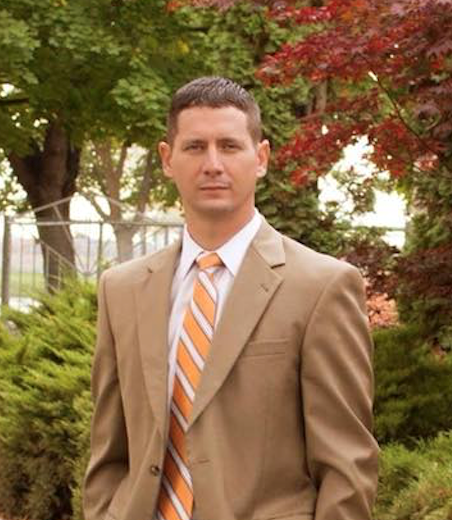 Bryce is a 1997 graduate of Warden High School, in Warden, Washington. Bryce and his wife Belia (formerly Estrada, of Warden) have four children, Gaelen, Kiera, Owen and Aidan.

McPartland Law Offices is pleased to announce its impending departure from the space it has occupied for the past eight years. Starting this Spring, we will be embarking on the construction of our new office location. We anticipate, by the end of the year, having our new location up and running.

Mr. Vela has over 15 years experience representing people in worker compensation claims. He is one of only a handful of paralegals in eastern Washington with experience having worked on behalf of both injured workers and the Department of Labor and Industries. Mr. Vela is a graduate of Moses Lake High School and Washington State University. He has worked previously as an educator in English Second Language classes, at Big Bend Community College as well. Mr. Vela is married to his wife Maby (a native of Mazatlan, Mexico). They have three children and reside in Moses Lake, Washington. He is also a very capable interpreter. In his spare time, Mr. Vela is an award-winning brewer. He is also co-owner of Squirrel Fight Artisan Brewing located next to Chico's Pizza, in Moses Lake. We encourage visitors to Chico's to patronize Mr. Vela's establishment. Learn more here at https://www.squirrelfightartisanbrewing.com and like them here at https://www.facebook.com/SquirrelFightArtisanBrewing.

Ms. Lopez has a decade of experience assisting in representing injured and disabled persons. She assists in our workers compensation and personal injury litigation practices. She is a graduate of Hanford High School, in Richland, Washington. She is married to her husband, Jeremy. The two of them reside in Moses Lake, with their two children. In her spare time, Ms. Lopez enjoys boating and wine tasting in the Lake Chelan area.

Ms. Lux is a native of Guatemala, who comes to our office by way of Texas. She holds dual degrees in Psychology and Spanish, from Stephen F. Austin State University. Ms. Lux entered the legal field after working for the state of Texas, in its Department of Family and Protective Services. Ms. Lux works in our Kennewick office. Ms. Lux is bilingual (English/Spanish) and a capable interpreter.

Ms. Rodriguez is the person most folks will hear when they first call the office. A graduate of Chehalis High School, in Chehalis Washington, Ms. Rodriguez resides in Moses Lake, Washington with her husband and four children. Ms. Rodriguez recently completed advanced legal assistant studies. She is also a very capable interpreter.